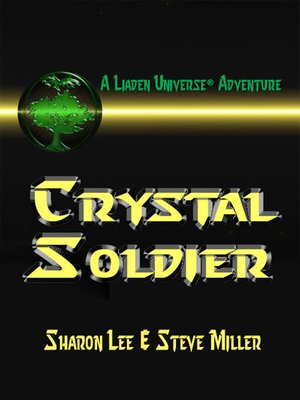 Suddenly, staying alive is more than a personal problem . . .

In a galaxy worn down by generations of war against an implacable foe, a star pilot's mission brings him an unexpected ally and a chance to serve his troop—and mankind.

M. Jela Granthor's Guard is a soldier who was born to be a~ soldier, a solider whose genes were selected before birth, whose life was chosen for him as one of service and dedication.

Cantra yos'Phelium is an ace pilot and a thoroughgoing rogue. She trades the dark and the gray markets along the war-torn Rim, running solo, and with an eye firmly on her own profit.

When chance deals her an ex-soldier, she's inclined to leave him where she found him. That was before mutual trouble arose, and Jela proved himself a good man in a tight spot. Still, she thought to ditch him next planet down the line.

Only he wasn't being easy to ditch. Worse, he had a puzzle going that just naturally drew a pilot's close attention.

So the two of them form an unlikely—and uncomfortable - alliance, the soldier intent on his mission; the pirate intent on her survival.

And neither one, in the face of alien technology, outlaws, and the enemy's renewed assaults, can quite forget a life lesson shared by people who live on the edge of chance:

Sometimes, no matter what, you're just going to lose . . .

Crystal Soldier
Copy and paste the code into your website.
New here? Learn how to read digital books for free