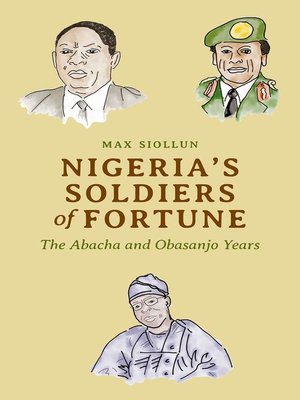 The Abacha and Obasanjo Years

In the cataclysmic decade that is the focus of this book, Nigeria was subject to several near-death experiences. These began when the country nearly tore itself apart after the northern-led military government annulled the results of a 1993 presidential election won by the southerner Moshood Abiola, and ended with former military ruler General Olusegun Obasanjo being the unlikely conduit of democracy. This mini-history of a nation's life also reflects on three mesmerizing protagonists who personified that era. First up is Abiola: the multi-billionaire businessman who had his election victory voided by the generals who made him rich, and who was later assassinated. General Sani Abacha was the mysterious, reclusive ruler under whose watch Abiola was arrested and pro-democracy activists (including Abiola's wife) were murdered. He also oversaw a terrifying Orwellian state security operation. Although Abacha is today reviled as a tyrant, the author eschews selective amnesia, reminding Nigerians that they goaded him into seizing power. The third protagonist is Obasanjo, who emerged from prison to return to power as an elected civilian leader. The penumbra of military rule still looms over Nigeria nearly twenty years after the soldiers departed, and key personalities featured in this book remain in government, including the current president.

Nigeria's Soldiers of Fortune
Copy and paste the code into your website.
New here? Learn how to read digital books for free