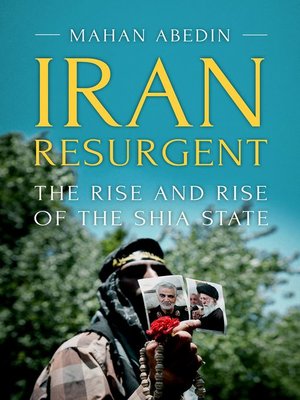 The Rise and Rise of the Shia State

Iran has emerged from decades of isolation and struggle to become a leading, if not the pre-eminent, regional power. Iran projects its influence throughout the Middle East and parts of Central Asia. Moreover, Iranian diplomacy is active on the world stage, with long-term projects in Africa and South America. The landmark nuclear deal of July 2015 was a major triumph and saw the Islamic Republic successfully negotiate with several world powers to reach a mutually acceptable agreement. Crucially, whilst the nuclear deal restricts Iran's nuclear programmed for at least a decade, it doesn't irreversibly dismantle any part of it. With internal Iranian politics stabilizing around a centrist administration led by President Rouhani, the country is set to continue on a path of regional strategic growth. But with clear signs that the Trump administration is determined to contain Iran's regional influence, what is the risk of a military confrontation? This book argues that Iran has developed sufficient diplomatic strength and credible military capability to deter a full-scale US military assault. But absent a dramatic lowering of tensions, there remains a risk of limited clashes, with far-reaching consequences for regional security.

Iran Resurgent
Copy and paste the code into your website.
New here? Learn how to read digital books for free