ebook ∣ Religion and the Rise of the Modern Corporation 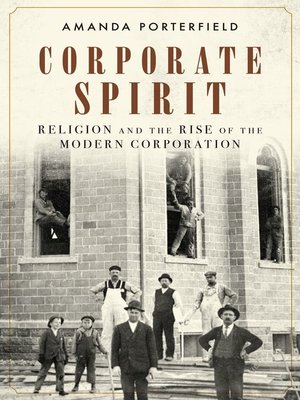 In this groundbreaking work, Amanda Porterfield explores the long intertwining of religion and commerce in the history of incorporation in the United States. Beginning with the antecedents of that history in western Europe, she focuses on organizations to show how corporate strategies in religion and commerce developed symbiotically, and how religion has influenced the corporate structuring and commercial orientation of American society. Porterfield begins her story in ancient Rome. She traces the development of corporate organization through medieval Europe and Elizabethan England and then to colonial North America, where organizational practices derived from religion infiltrated commerce, and commerce led to political independence. Left more to their own devices than under British law, religious groups in the United States experienced unprecedented autonomy that facilitated new forms of communal governance and new means of broadcasting their messages. As commercial enterprise expanded, religious organizations grew apace, helping many Americans absorb the shocks of economic turbulence, and promoting new conceptions of faith, spirit, and will power that contributed to business. Porterfield highlights the role that American religious institutions played a society increasingly dominated by commercial incorporation and free market ideologies. She also shows how charitable impulses long nurtured by religion continued to stimulate reform and demand for accountability.