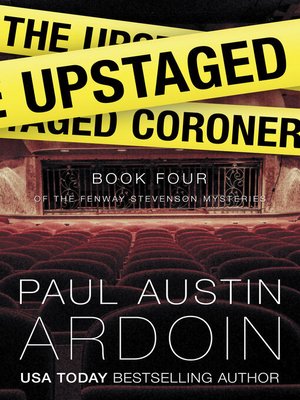 The local university's Shakespeare troupe already had plenty of drama. Then their manager was murdered.

The morning after the coroner election, Fenway Stevenson finds herself in the middle of another emotionally charged case. The manager of a renowned Shakespeare group is killed—and there's no shortage of suspects. Uncovering secret affairs and ties to a deep conspiracy, she gets stonewalled by actors, accountants, and even the university president—who all seem to know more than they admit. Can Fenway solve the murder before she becomes the next victim?