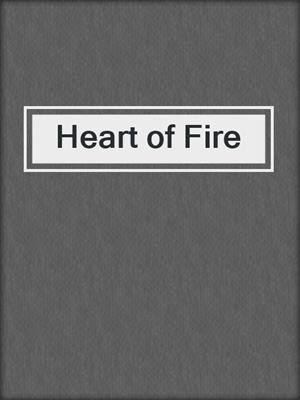 Stephanie had finished a long day at work and just made it back home. That was when she saw Micah walking up her drive. He was mysterious and handsome, but he wasn't there simply to chat. Before she knew it, Micah made her unconscious and stole her away.

She woke up in a strange mansion in the woods. There, Stephanie was informed that she was to marry a stranger, someone whom Micah called Prince Tristan; a dragon shifter. Stephanie is introduced to the world of dragon shifters and she finds herself falling for both Tristan and Micah.

Can Stephanie ever have both men, especially as she is supposed to marry one of them? Will she get to express her passion for both Tristan and Micah?

Son of the Dragon King

Striving scientist Jen is brokenhearted. Meanwhile, her colleague Jack is looking for a wife. An office party brings them together. But what's supposed to be one night of unadulterated fun turns out to be a night that will change Jen's life forever.
Surprisingly, Jack continues to woo her even after their one night stand. She eventually finds herself falling for him… that is, until she goes to his house and discovers something terrible about him. The next thing she knows, she is brought to a remote community—of half-human half-dragon creatures!
Pregnant with the Dragon King's baby, Jen is trapped in an unfamiliar territory, surrounded by monsters. As she gathers evidence about them, eventually planning to escape and expose them to the public, she slowly gets to know them better. Little by little, she finds herself falling deeply in love with Jack and making real friends among the dragon shifters.
Wil she still go ahead with her plan to expose the dragon shifters once the baby is born? Will love reign and make her embrace life as the Queen of the Dragon King?

Jewels of the Dragon Shifter

On a hunt for jewels Sapphira Logan would travel far and wide. They were her greatest desire. She was a beautiful, young, rich collector who would go to any lengths to find what she desired. While jewel-hunting in the mountains, she fell off a cliff, only to be saved by a smoking hot guide, who turned into a Dragon to do it!
The shock of that was diminished when she discovered she had found the lost valley of riches she was looking for. She discovered the valley was filled with ancient mythical creatures as well as riches beyond any possible description. Completely hidden from the outside word!
Everything was there for the taking, except it was guarded by the dragon shifter who had saved her and attracted her. Sapphira was not going to let that stand in her way. She was a woman who would take what she desired.
But leaving may not be as easy as she might wish when her own desires come forth to beguile her. Will she leave, abandoning her desire for love, to keep her desire for stones? Or will she try and have it all, as is her way? Either way she would be stealing the Jewels of the Dragon's Heart.

Heart of Fire
Copy and paste the code into your website.
New here? Learn how to read digital books for free