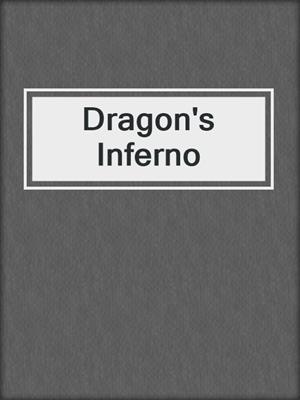 Embraced by the Dragon Prince

Geneva is out for blood. Her village has been destroyed and her best friend, Winda, was one of the victims of this great tragedy. As a huntress, Geneva is not going to let the monster responsible for all of this heartbreaking hardship to continue living in her world. Her quarry, however, is a legendary creature. A dragon.
Tracking the beast to a cave in the mountains south of her village, Geneva is sure that she will finally mete out justice. Instead, Geneva finds herself in an adventure way over her head as she struggles with her grief, magic, legendary beasts, and the feelings that develop in her heart when a blue eyed dragon gives himself to her. Geneva begins to wonder who the real monster is as the mysteries deepen and unfold before her? Who really destroyed her village? And how does she really feel about the prince of dragons?

Emily is the heir to her dragon shifter clan, but before she can rule she must choose a mate. Her mother has lined up a number of suitors for her to choose from, but Emily finds herself inexplicably drawn to two of them. Rune is the son of her father's Second and Luke is the best fighter in the clan. Not to mention both are scorchingly handsome.

But Emily has to choose between the two and as they both court her, her decision becomes hazy. It's hard not to feel deeply for both Luke and Rune and they don't make it easy for Emily. Will she make the right choice in the end? Or is there a way for Emily to get everything she wants?

Tobin James has a secret that makes life pretty tough for him. On the outside he is handsome, strong, and charming – everything a girl could want from a guy. On the inside, though, Tobin has a beast raging to emerge in more ways than one. Because of his constant struggle with his secret, Tobin has never called any one place home for very long. Will this all change after he answers an ad for a farmhand and meets Clara Gibson and her girlfriend, Estelle Creek? Both women find something lacking in their relationship and with Tobin around things only become more confusing and tense.

All three must confront their deepest desires to fix the problems, but secrets, insecurities, and outright recklessness puts the happy home at risk. To make matters worse, there has been a rash of sheep being torn apart by wild animals keeping everyone on edge. Is there a way everyone can have their cake and eat it too? Or will Tobin's next journey to find a place to belong begin much sooner than he realized?

Maisie is an adventurer, and knows the woods, hills and crags around her home as well as she knows the village itself. Yearning for something new, she walks farther from the village than she's ever been before. It's something other than her sense of direction that poses an obstacle. A bad tumble down a hill results in a twisted ankle and a nasty crack on her head that has her thinking she's hallucinating before she finally passes out.
When she wakes, she finds herself in a soft bed in a large cave, tended to by a man with fair hair and green eyes that hide a secret Maisie never could have imagined.

Dragon's Inferno
Copy and paste the code into your website.
New here? Learn how to read digital books for free