ebook ∣ Surviving and loving in a bipolar marriage 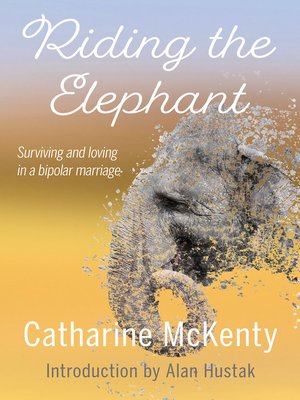 View more libraries...
Host of Montreal's top-rated English radio talk show, Neil McKenty appeared rational, balanced and a calming influence in any crisis. Would anyone have believed that this sparkling public figure was very different behind closed doors?
They met on the dance floor: he, a former Jesuit; she, grand-daughter of a two-time mayor of Toronto. Raised by her single mother, Catharine left the staid life of tea-parties for reconciliation work in post-war Europe. As a journalist for Pace, a magazine for adventurous youth of the 1960s, she conquered Los Angeles from the wheel of a pink Jaguar, unearthing a scoop that resulted in a best-selling book and Hollywood movie.
Friends applauded that Catharine had found her intellectual equal. When her new husband's outbursts began, she attributed it to the stresses of married life. People knew little about mental illness in those days. It was far too uncomfortable to talk about. The word bipolar was virtually unknown.
Together the McKentys wrote two best-selling books, rubbed shoulders with prime ministers, and worked closely with spiritual elites. Sandwiched between the couple's many accomplishments were Neil's suicidal depression and Catharine's desperate attempts to cope.
Catharine examines the influences that helped her to maintain her sanity and the sanctity of marriage with a talented and troubled husband. She aims to empower others who care deeply about someone affected with bipolar disorder.