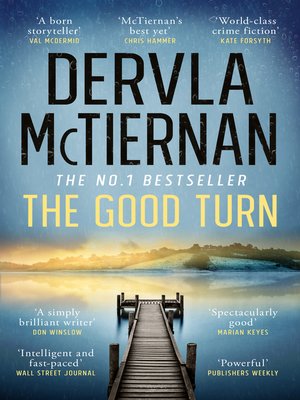 The unputdownable new novel from the bestselling author of The Ruin and The Scholar.

Police corruption, an investigation that ends in tragedy and the mystery of a little girl's silence - three unconnected things that will prove to be linked by one small town.

While Detective Cormac Reilly faces enemies at work and trouble in his personal life, Garda Peter Fisher is relocated out of Galway with the threat of prosecution hanging over his head. But even that is not as terrible as having to work for his overbearing father, the local copper for the pretty seaside town of Roundstone.

For some, like Anna and her young daughter Tilly, Roundstone is a refuge from trauma. But even this village on the edge of the sea isn't far enough to escape from the shadows of evil men.

'Intelligent and fast-paced ... [We can't wait] for the next case' - Wall Street Journal

'Like The Ruin, The Scholar is a fast-paced, rewarding read' - Irish Examiner

'The Ruin was an outstanding debut but The Scholar proves beyond a doubt that Dervla McTiernan is a remarkable talent ... crime fiction of the highest standard' - Jane Casey

'A writer to watch' - Publishers Weekly

'Dervla McTiernan's first novel far outclasses some of the genre's stalwarts, marking her as a crime writer to watch, and Cormac Reilly a cop to follow to hell and back. Fans of Ian Rankin and Tana French will feel right at home' - Bookseller + Publisher