ebook ∣ Recommended Missions for the Next Decade 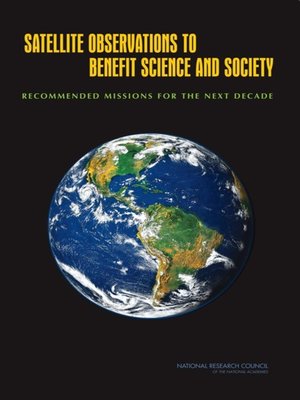 Satellite Observations to Benefit Science and Society: Recommended Missions for the Next Decade brings the next ten years into focus for the Earth and environmental science community with a prioritized agenda of space programs, missions, and supporting activities that will best serve scientists in the next decade. These missions will address a broad range of societal needs, such as more reliable weather forecasts, early earthquake warnings, and improved pollution management, benefiting both scientific discovery and the health and well-being of society.

Based on the 2007 book, Earth Science and Applications from Space: National Imperatives for the Next Decade and Beyond, this book explores each of the seventeen recommended missions in detail, identifying launch dates, responsible agencies, estimated cost, scientific and public benefits, and more. Printed entirely in color, the book features rich photographs and illustrations, tables, and graphs that will keep the attention of scientists and non-scientists alike.