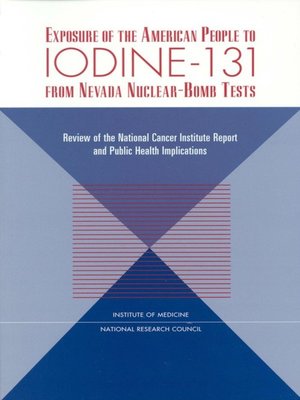 In 1997, after more than a decade of research, the National Cancer Institute (NCI) released a report which provided their assessment of radiation exposures that Americans may have received from radioactive iodine released from the atomic bomb tests conducted in Nevada during the 1950s and early 1960s. This book provides an evaluation of the soundness of the methodology used by the NCI study to estimate:

In addition, the book provides an evaluation of the NCI estimates of the number of thyroid cancers that might result from the nuclear testing program and provides guidance on approaches the U.S. government might use to communicate with the public about Iodine-131 exposures and health risks.