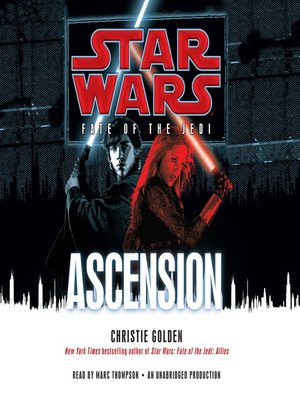 FictionScience FictionThriller
How long can the Jedi remain in power?
How far will the Sith go to rule supreme?
What chance do both stand against Abeloth?
As Luke and Ben Skywalker pursue the formidable dark-side being Abeloth, the Lost Tribe of the Sith is about to be sundered by an even greater power—which will thrust one Dark Lord into mortal conflict with his own flesh-and-blood.
On Coruscant, a political vacuum has left tensions at the boiling point, with factions racing to claim control of the Galactic Alliance. Suddenly surrounded by hidden agendas, treacherous conspiracies, and covert Sith agents, the Jedi Order must struggle to keep the GA government from collapsing into anarchy.
The Jedi are committed to maintaining peace and ensuring just rule, but even they are not prepared to take on the combined threats of Sith power, a deposed dictator bent on galaxywide vengeance, and an entity of pure cunning and profound evil hungry to become a god.
FictionScience FictionThriller

Christie Golden is the New York Times bestselling author of more than thirty novels, including the Star Wars: Fate of the Jedi novels Omen, Allies, and Ascension. Her media tie-in works include launching the Ravenloft line in 1991 with Vampire of ...

More about Christie Golden
Ascension
Copy and paste the code into your website.
New here? Learn how to read digital books for free