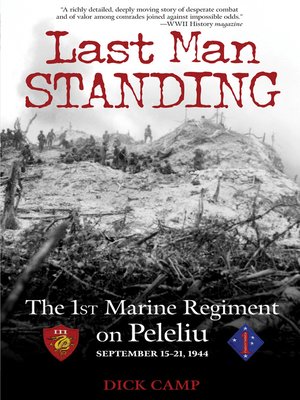 One of the bloodiest battles in Marine Corps history, Operation Stalemate, as Peleliu was called, was overshadowed by the Normandy landings. It was also, in time, judged by most historians to have been unnecessary; though it had been conceived to protect MacArthur's flank in the Philippines, the U.S. fleet's carrier raids had eliminated Japanese airpower, rendering Peleliu irrelevant. Nevertheless, the horrifying number of casualties sustained there (71% in one battalion) foreshadowed for the rest of the war: rather than fight to the death on the beach, the Japanese would now defend in depth and bleed the Americans white.

Drawing extensively on personal interviews, the Marine Corps History Division's vast oral history and photographic collection, and many never-before-published sources, this book gives us a new and harrowing vision of what really happened at Peleliu—and what it meant. Working closely with two of the 1st Regiment's battalion commanders—Ray Davis and Russ Honsowetz—Marine Corps veteran and military historian Dick Camp recreates the battle as it was experienced by the men and their officers. Soldiers who survived the terrible slaughter recall the brutality of combat against an implacable foe; they describe the legendary "Chesty" Puller, leading his decimated regiment against enemy fortifications; they tell of Davis, wounded but refusing evacuation while his men were under fire; and of a division commander who rejects Army reinforcements. Most of all, their richly detailed, deeply moving story is one of desperate combat in the face of almost certain failure, of valor among comrades joined against impossible odds.