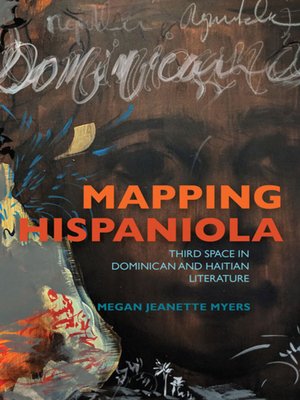 Because of their respective histories of colonization and independence, the Spanish-speaking Dominican Republic has developed into the largest economy of the Caribbean, while Haiti, occupying the western side of their shared island of Hispaniola, has become one of the poorest countries in the Americas. While some scholars have pointed to such disparities as definitive of the island's literature, Megan Jeanette Myers challenges this reduction by considering how certain literary texts confront the dominant and, at times, exaggerated anti-Haitian Dominican ideology.

Myers examines the antagonistic portrayal of the two nations—from the anti-Haitian rhetoric of the intellectual elites of Dominican dictator Rafael Trujillo's rule to the writings of Julia Alvarez, Junot Díaz, and others of the Haitian diaspora—endeavoring to reposition Haiti on the literary map of the Dominican Republic and beyond. Focusing on representations of the Haitian-Dominican dynamic that veer from the dominant history, Mapping Hispaniola disrupts the "magnification" and repetition of a Dominican anti-Haitian narrative.

Mapping Hispaniola
Copy and paste the code into your website.
New here? Learn how to read digital books for free