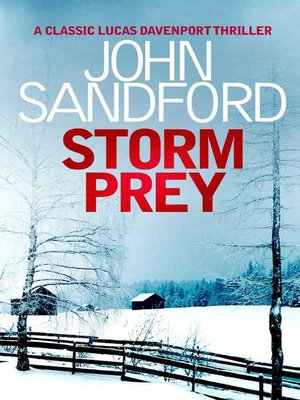 View more libraries...
**Don't miss John Sandford's brand-new thriller Masked Prey, available now**
A Lucas Davenport thriller by internationally bestselling novelist John Sandford
When a gang carries out a daring drugs raid on a hospital pharmacy, during which several staff are injured and one medical orderly brutally killed, the Minneapolis police department can only conclude that it must have been an inside job.
For Lucas Davenport, this case is about to get personal. Weather Karkinnen, Lucas's surgeon wife, was due to perform a high-profile operation on the day of the raid and, as an unwitting observer of the criminals' desperate getaway, she is now in grave danger.
As the culprits embark on a series of vicious murders in an attempt to silence any witnesses, it becomes apparent that a city gangster ring known as 'The Seed' is behind the attacks. With the body-count rising, Davenport knows that time is running out to identify the inside plant in the hospital before the gang catches up with Weather once and for all.
***READERS LOVE THE PREY SERIES***
'John Sandford knows all there is to know about detonating the gut-level shocks of a good thriller' The New York Times Book Review
?
'The best Lucas Davenport story so far. The man has a fine touch for outlaws' Stephen King on Golden Prey
'Sandford's trademark blend of rough humor and deadly action keeps the pages turning until the smile-inducing wrap-up, which reveals the fates of a number of his quirky, memorable characters' Publishers Weekly on Golden Prey
'It appears there is no limit to John Sandford's ability to keep new breath and blood flowing into his Lucas Davenport series. This is a series you must be reading if you are not already' Bookreporter.com
'Sandford has always been at the top of any list of great mystery writers. His writing and the appeal of his lead character are as fresh as ever' The Huffington Post
'Sandford is consistently brilliant' Cleveland Plain Dealer