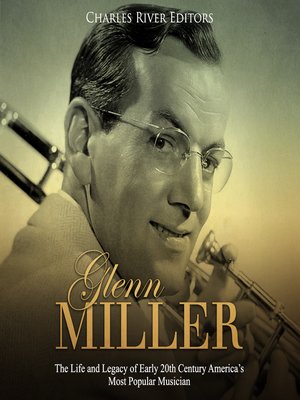 Though it may be hard to fathom in the wake of Elvis Presley and popular rock bands like the Beatles, the early 20th century featured a burgeoning music sales industry that was dominated in ways that nobody would ever reach again, including the Fab 4. While Elvis and the Beatles had a combined 71 Top 10 hits over their lengthy careers, Glenn Miller had 16 records reach #1, and he compiled 69 Top 10 hits, all in the span of four years before he had turned 40. Like any music pioneer, Miller and his band were often criticized for not being true to the roots of the music they performed, even as they perfected a sound that captivated the country. In short order, Miller and his music influenced legends ranging from Benny Goodman to Louis Armstrong.

Miller was the most popular big band leader in the United States when he walked away from his orchestra to enlist in the U.S. Army. World War II was raging, and Miller was determined to fulfill his patriotic duty, so he assembled a military orchestra to give fellow American servicemen a little taste of the homes they were missing. While based in the United Kingdom in 1944, the military orchestra was granted clearance to perform in Paris, which had been liberated from the Nazis just months before.

Miller planned his own trip across the English Channel to prepare for a few days ahead of the orchestra's arrival. Miller's trip had already been postponed by cold, foggy and drizzly weather, but on December 15, 1944 the pilot chose not to let similar conditions delay it again. The plane took off at about 2:00 p.m. from the airstrip at Twinwood Farm, but it never made it to Paris. As Miller himself had once prophetically put it, "I don't know why I spend my time making plans like this.... I have an awful feeling you guys are going to go home without me, and I'm going to get mine in some goddamn beat-up old plane!"

Glenn Miller
Copy and paste the code into your website.
New here? Learn how to read digital books for free