Not My Father's House 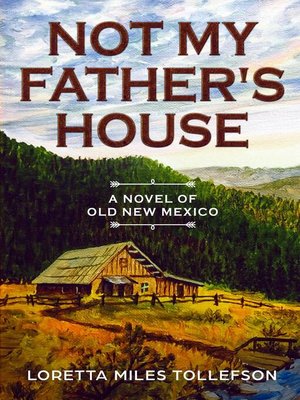 Suzanna hates everything about her New Mexico mountain home. The isolation. The short growing season. The critters after her corn. The long snow-bound winters in a dimly-lit cabin.

But she loves Gerald, who loves this valley.

So Suzanna does her unhappy best to adjust, even when the babies come, both of them in the middle of winter. Her postpartum depression, the cold, and the lack of sunlight push her to the edge.

But the Sangre de Cristo mountains contain a menace far more dangerous than Suzanna's internal struggles. Because the man Gerald killed in the mountains of the Gila two years ago isn't as dead as everyone thought.

And his lust for Suzanna may be even stronger than his desire for Gerald's blood.