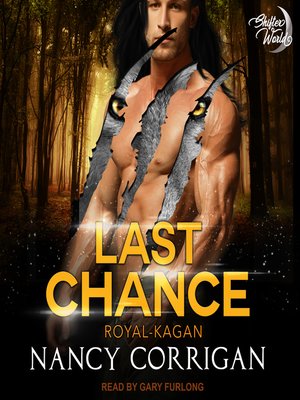 FantasyFictionLiteratureRomance
One virgin. Two dominant shifters. One last chance to claim their destiny. Xander, alpha of the Royal Winchester pack, has chased his true mate through the centuries. And screwed things up with her each time their paths have crossed. She's always been too soft, too innocent, too perfect. He's not. He's wicked, dominant, and demanding . . . especially in bed. The moment he sees Gwen, though, he realizes he's been given another chance to make things right. That's exactly what he's going to do too. He has a plan-earn her forgiveness, unleash her sexuality, win her love. Simple. Or maybe not. His best friend claims Gwen belongs to him too. Vlad has made a mistake. Instead of claiming his true mate in this lifetime, he slept with Gwen's sister. Then dozens of women after her. And when Gwen needed him most, he failed her. Now her virginity is being offered up to the best hunter. Rescuing Gwen is the easy part. Saving her friend from captivity, proving their three-way relationship is worth fighting for, and staying alive long enough to soul-bond are not. But when faced with their last chance at happiness, Xander and Vlad will stop at nothing to win. Contains mature themes.
FantasyFictionLiteratureRomance

Nancy Corrigan is a dreamer who one day decided to write down what the voices in her head were telling her. Years later, she's still at it, and the number of heroes and heroines waiting for their happily ever after have grown. Nancy resides in Pen...

More about Nancy Corrigan
Last Chance
Copy and paste the code into your website.
New here? Learn how to read digital books for free