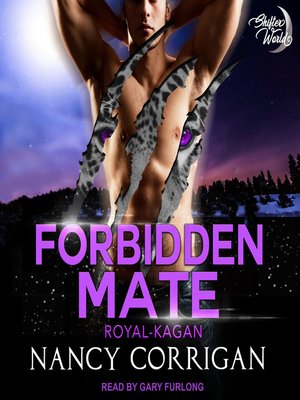 FantasyFictionLiteratureRomance
Love has no place in politics. Until a councilman falls in love. Royal feline shifter, Anton Alexander, sacrificed his future the day he joined the Shifter Council. Now the law rules his life. Manipulating it for the benefit of his pride is his only pleasure. But the games he's played in Council chambers have earned him more than a reputation for ruthlessness. He's made enemies. Anton can't be bothered with their baseless ploys to have him ousted from the Council. But when his rivals come after the female he's not allowed to love, he'll prove the whispered rumors about his rage are true. Nothing will take Nyx from him. Not his enemies. Not their antiquated traditions. And most definitely not the law. A true mate's love overrules everything. Contains mature themes.
FantasyFictionLiteratureRomance

Nancy Corrigan is a dreamer who one day decided to write down what the voices in her head were telling her. Years later, she's still at it, and the number of heroes and heroines waiting for their happily ever after have grown. Nancy resides in Pen...

More about Nancy Corrigan
Forbidden Mate
Copy and paste the code into your website.
New here? Learn how to read digital books for free