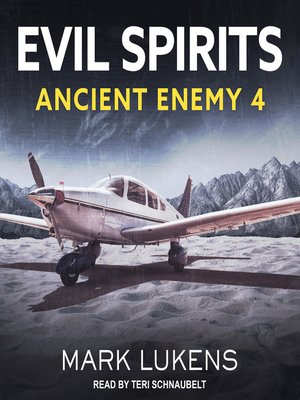 FictionHorrorLiteratureThriller
It has been seven years since David sent the Ancient Enemy back to its world in the ghost town that was once the town of Hope's End. Cole and Stella have lived in Costa Rica for the last seven years. They wanted to believe that it was really over . . . but there were always doubts. And when Stella sees a horrifying vision in the jungle, she's certain that the Ancient Enemy has returned. David, living at his aunt's house in New Mexico, knows the Ancient Enemy is back; he can feel it. And now nightmares about a serial killer possessed by the Ancient Enemy plague him, a killer who will stop at nothing, a killer who is coming for David. With Joe Blackhorn dead now, the only person David can turn to is Begay, the former captain of the Navajo Tribal Police. Former FBI agent Palmer's nightmares have returned, and when he's called in as a consultant on the recent copycat murders-re-creations of the massacre at the archaeological dig site seven years ago-he knows that the ancient evil is back. Together, they are drawn into one last stand against the Ancient Enemy . . . but this time the battle will be fought in the Ancient Enemy's world.
FictionHorrorLiteratureThriller

Mark Lukens has had several stories published and four screenplays optioned by producers in Hollywood. He is also the bestselling author of Ancient Enemy, Descendants of Magic, The Summoning, Night Terrors, Ghost Town, and A Dark Collection: 12 Sc...

More about Mark Lukens
Evil Spirits
Copy and paste the code into your website.
New here? Learn how to read digital books for free