The South African Defence Forces in the Border War 1966-1989 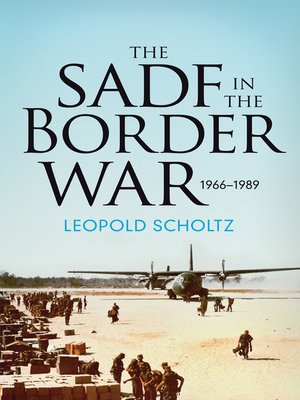 View more libraries...
The SADF in the Border War 1966-1989 offers the first comprehensive analysis of the South African Defense Force's role in the Border War in Namibia and Angola since the end of this conflict in 1989. It investigates the causes of the Border War and follows its progress and escalation in the 1980s. It also considers the broader international context against which this conflict took place.
The author brings vital new information to light gained from documents which have since been declassified. This includes documents from the State Security Council, the department of foreign affairs, the SADF itself, as well as from the Cuban and Soviet governments. It sheds light on the objectives of the National Party government in both Angola and the former Southwest Africa, the SADF's strategy in the war and its cross-border operations in Angola.
To sketch as complete a picture as possible of individual operations, the author not only interviewed several high ranking SADF officers, but also included information from the Cuban archives and testimonies of Cuban and Russian officers. All the major operations and battles are discussed, including Savannah, Reindeer, Sceptic, Protea and Moduler, as well as the battles of Cassinga and Cuito Cuanavale.
Where a battle had no clear winner, the author asks what the aim was of each of the parties involved and whether they succeeded in achieving that goal. In this way, he offers fresh perspectives on long-running and often controversial debates, for instance on who won the battle of Cuito Cuanavale. In the last chapter, the author looks at the objectives of all the parties involved in the war and whether they achieved them. In the process he tries to answer the all-important question: Who won the Border War?