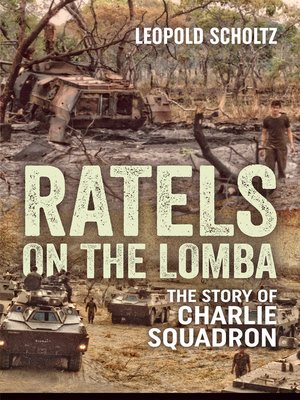 View more libraries...
Charlie Squadron – the iron fist of the South African Defense Force’s 61 Mechanised Battalion Group – led the way on 3 October 1987 during the climactic battle on the Lomba River in Southern Angola.
Not only were they up against a vastly superior force in terms of numbers and weaponry, but they also had to deal with a terrain so dense that both their movement and sight were severely impaired. Despite this, the squadron nearly wiped out the Angolan forces’ 47 Brigade. In Ratels on the Lomba, the reader is taken to the heart of the action in a dramatic recreation based on interviews, diary entries and Facebook contributions by members of Charlie Squadron. It is an intensely human story of how individuals react in the face of death.