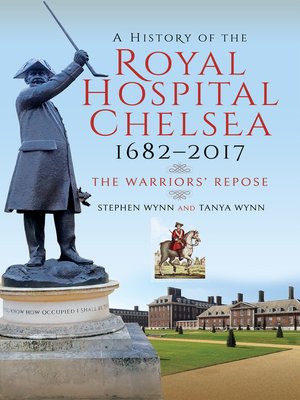 HistoryMedicalNonfiction
A History of the Royal Hospital Chelsea looks at the hospital's beginnings, with its Royal patronage and heritage which dates back to King Charles ll in 1682. It then goes on to look at some of the characters who have been In Pensioners at the hospital over the centuries, as well as some of the individuals who have been buried in the Hospital's grounds. This includes the ashes of the ex British Prime Minister, Baroness Margaret Thatcher and her husband, Sir Dennis Thatcher.The Hospital survived both the First and Second World Wars, although it did not escape totally unscathed, suffering both damage and loss of life at the hands of German aircraft. There is an in depth look at the hospital's governors, from the very first one, Colonel Sir Thomas Ogle (1686 - 1702), up until the present time with General Sir Redmond Watt, KCB, KCVO, CBE, DL (2011 - to present - 2017). The book also looks in some detail at a few of those who currently live and work at the hospital (2017).
HistoryMedicalNonfiction

A History of the Royal Hospital Chelsea 1682–2017
Copy and paste the code into your website.
New here? Learn how to read digital books for free