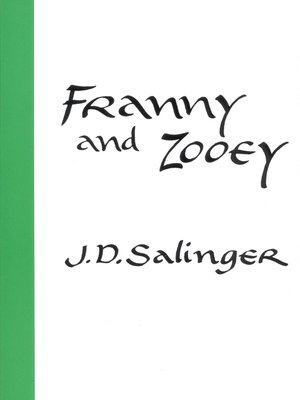 "Everything everybody does is so—I don't know—not wrong, or even mean, or even stupid necessarily. But just so tiny and meaningless and—sad-making. And the worst part is, if you go bohemian or something crazy like that, you're conforming just as much only in a different way."
A novel in two halves, Franny and Zooey brilliantly captures the emotional strains and traumas of entering adulthood. It is a gleaming example of the wit, precision, and poignancy that have made J. D. Salinger one of America's most beloved writers.