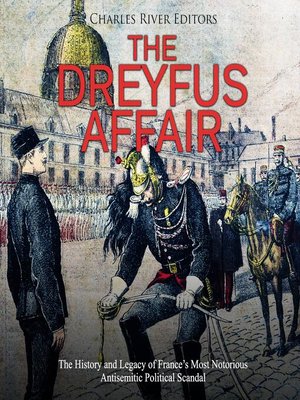 The History and Legacy of France's Most Notorious Antisemitic Political Scandal

According to most assessments of the age, France was not typically home to the systematic, "scientific" anti-Semitism that had such deep roots in Germany, and even more so further east in Russia and its dependencies. As proof of this, when the region of Alsace-Lorraine was annexed to Germany in the aftermath of the Franco-Prussian War, a majority of Jews of the region opted to leave in order to remain under the protection of France. While most of the early accounts of the Dreyfus Affair were polemic and sensational, pushing the anti-Semitic narrative, later historians have tended to observe that, initially at least, Dreyfus' Jewishness did not play a large part in his identification as the most likely suspect. Investigation of the matter was clumsy to say the least, and it was upon only the vaguest circumstantial evidence that the initial arrest was made. Dreyfus was, by all accounts, unpopular among his fellow officers, both Jew and Gentile, and in combination with various circumstantial factors, and a superficial handwriting comparison, it was this that pushed his name to the fore. However, once the Affair began to gather momentum, and began to capture the attention of the wider French public, anti-Semitism undoubtedly became central to the evolution of events.

Dreyfus himself, a soft-spoken, prematurely balding man of 36, passionately maintained his innocence, and when he was arrested and taken into custody, he was utterly stupefied. The general public tended to follow the direction of the military, and virtually no voice was raised in his defense. His brother, Mathieu Dreyfus, and his wife Lucie were alone in supporting him and declaring his innocence, and the two retained the services of Edgar Demange, a prominent French lawyer famous for gaining an acquittal on behalf of Prince Pierre Bonaparte, charged with the 1870 killing of the Republican Victor Noir.

The Dreyfus Affair
Copy and paste the code into your website.
New here? Learn how to read digital books for free