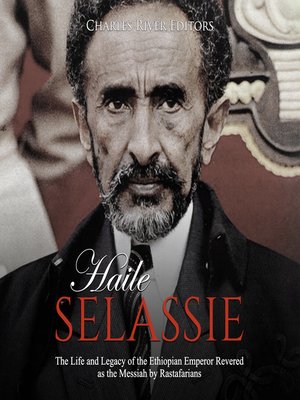 Before World War II, few in the West had ever heard of Abyssinia, and fewer still could point to a map and tell precisely where it was. On the eve of that war, in the autumn of 1935, as the forces of imperial Italy prepared to invade the sovereign territory of Ethiopia, the leaders of the Allies brimmed with sympathy for the imperiled African kingdom but offered nothing in the way of practical assistance. Rallying his subjects against the invaders was Negus Negusti, the "King of Kings," Emperor Haile Selassie, the last ruler of the great Solomonic Dynasty of Ethiopia. The Italians, led by Benito Mussolini, were practically unassailable at that point, and while a bold resistance was mounted to hold back their invasion, the effort was ultimately futile. On May 2, 1936, as the Italian army bore down on the capital at Addis Ababa, Emperor Haile Selassie boarded a train and fled east to the French territory of Djibouti. From there, he was granted asylum in Britain.

Haile Selassie, a god-like figure among his devotees and followers, was recognized then as one of the great political personalities of the 20th century, and his influence over world affairs was disproportionate, bearing in mind the minor international significance of Ethiopia itself, a feudal society steeped in medieval traditions. His "Appeal to the League of Nations," an address delivered to the world body in 1936 that admonished it for betraying its own principles, still ranks today as one of the greatest moments of political oratory ever recorded.

Haile Selassie
Copy and paste the code into your website.
New here? Learn how to read digital books for free