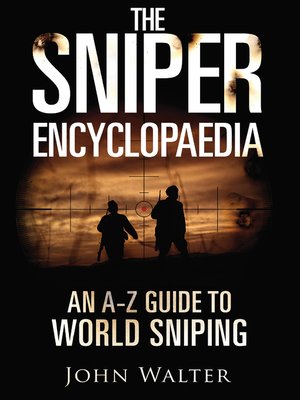 View more libraries...
A complete guide to snipers, rifles, techniques, battles, and campaigns throughout history and around the world, by the author of The Hand Gun Story.

The work features hundreds of snipers, including not only the best-known—world renowned gurus such as Vasiliy Zaytsev and Chris Kyle—but also many crack shots overlooked by history. Among them are some of more than a thousand Red Army snipers—men and women, who amassed sufficient kills to be awarded the Medal for Courage and the Order of Glory. Also included are some of the best-known sniper victims, and the veracity of the most popular myths.

The book thoroughly examines the history and development of the many specialist sniper rifles—some more successful than others—that have served the world's armies from the nineteenth-century American Wars to today's technology-based conflicts. Attention, too, is paid to the progress made with ammunition—without which, of course, precision shooting would be impossible. The development of aids and accessories, from camouflage clothing to laser rangefinders, is also considered.

Finally, The Sniper Encyclopedia examines significant locations and specific campaigns—the way marksman have influenced the course of the individual battles and places which have played a crucial part in the history of sniping, from individual sites to sniper schools and training grounds. The book contains authors' biographies, a critical assessment of the many books and memoirs on the world of the sniper, and a guide to research techniques.

"A remarkable work of research and an endless treasure trove of information for anyone with an interest in the subject." —Martin Pegler, author of Out Of Nowhere: A History of the Military Sniper