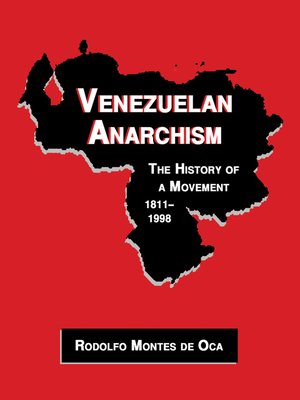 HistoryPoliticsNonfiction
Venezuelan Anarchism: The History of a Movement covers Venezuelan anarchism and its partisans from the first appearance of anarchist ideas in the period prior to independence through today. Venezuelan political histories have focused almost exclusively upon the various Venezuelan governments and political parties. Venezuelan Anarchism shifts the focus to those opposed to those governments and political parties, those who until now have been nearly forgotten. The book also explains in some detail their ideas, publications, and actions in opposition to Venezuela's ruling political elites and, more recently, Venezuela's authoritarian populists.
HistoryPoliticsNonfiction

Rodolfo Montes de Oca is a Venezuelan attorney, human rights activist, editor, and historian, whose work has focused on social movements. He has worked on several Venezuelan anarchist periodicals including "Samizdat" and "Tribune of the People", a...

More about Rodolfo Montes de Oca
Venezuelan Anarchism
Copy and paste the code into your website.
New here? Learn how to read digital books for free