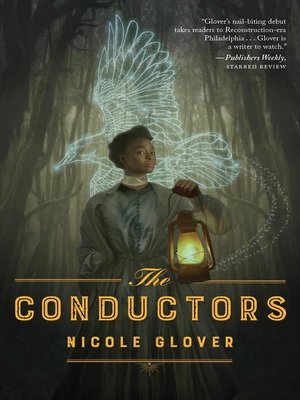 A compelling debut by a new voice in fantasy fiction, The Conductors features the magic and mystery of Jim Butcher's Dresden Files written with the sensibility and historical setting of Octavia Butler's Kindred: Introducing Hetty Rhodes, a magic-user and former conductor on the Underground Railroad who now solves crimes in post-Civil War Philadelphia.
As a conductor on the Underground Railroad, Hetty Rhodes helped usher dozens of people North with her wits and magic. Now that the Civil War is over, Hetty and her husband Benjy have settled in Philadelphia, solving murders and mysteries that the white authorities won't touch. When they find one of their friends slain in an alley, Hetty and Benjy bury the body and set off to find answers. But the secrets and intricate lies of the elites of Black Philadelphia only serve to dredge up more questions. To solve this mystery, they will have to face ugly truths all around them, including the ones about each other.
In this vibrant and original novel, Nicole Glover joins a roster of contemporary writers within fantasy, such as Victor LaValle and Zen Cho, who use speculative fiction to delve into important historical and cultural threads.

NICOLE GLOVER works as a UX Researcher. A bike commuter and running enthusiast, she enjoys baking and figuring out what book to read next. The Conductors is her debut novel.

More about Nicole Glover
The Conductors
Copy and paste the code into your website.
New here? Learn how to read digital books for free