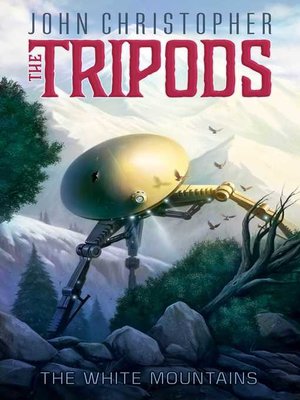 Science FictionSuspenseYoung Adult Fiction
Monstrous machines rule the Earth, but a few humans are fighting for freedom in this repackaged start to a classic alien trilogy ideal for fans of Rick Yancey’s The 5th Wave.
Will Parker never dreamed he would be the one to rebel against the Tripods. With the approach of his thirteenth birthday, he expected to attend his Capping ceremony as planned and to become connected to the Tripods—huge three-legged machines—that now control all of Earth. But after an encounter with a strange homeless man called Beanpole, Will sets out for the White Mountains, where people are said to be free from the control of the Tripods.

But even with the help of Beanpole and his friends, the journey is long and hard. And with the Tripods hunting for anyone who tries to break free, Will must reach the White Mountains fast. But the longer he’s away from his home, the more the Tripods look for him…and no one can hide from the monstrous machines forever.
Science FictionSuspenseYoung Adult Fiction

John Christopher is a pseudonym of Samuel Youd, who was born in Lancashire, England, in 1922. He is the author of more than fifty novels and novellas, as well as numerous short stories. His most famous books include The Death of Grass, the Tripods...

More about John Christopher
The White Mountains
Copy and paste the code into your website.
New here? Learn how to read digital books for free