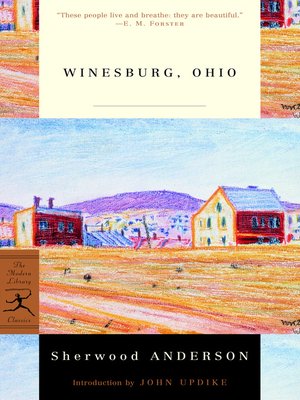 View more libraries...
Selected by the Modern Library as one of the 100 best novels of all time
'Here [is] a new order of short story,' said H. L. Mencken when Winesburg, Ohio was published in 1919. 'It is so vivid, so full of insight, so shiningly life-like and glowing, that the book is lifted into a category all its own.' Indeed, Sherwood Anderson's timeless cycle of loosely connected tales—in which a young reporter named George Willard probes the hopes, dreams, and fears of the solitary people in a small Midwestern town at the turn of the century—embraced a new frankness and realism that ushered American literature into the modern age. 'There are moments in American life to which Anderson gave not only the first but the final expression,' wrote Malcolm Cowley. 'Winesburg, Ohio is far from the pessimistic or morbidly sexual work it was once attacked for being. Instead it is a work of love, an attempt to break down the walls of loneliness, and, in its own fashion, a celebration of small-town life in the lost days of good will and innocence.'