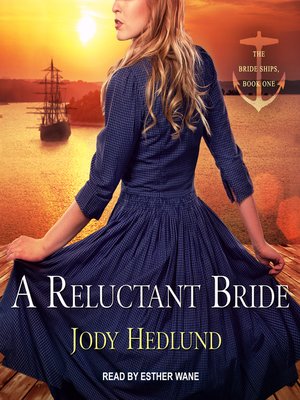 FictionRomanceChristian FictionHistorical Fiction
Living in London's poorest slum, Mercy Wilkins has little hope of a better life. When she's offered an opportunity to join a bride ship sailing to British Columbia, she agrees. After witnessing so much painful heartache and loss in the slums, the bride ship is her only prospect to escape a bleak future, not only for herself but, she hopes, someday for her sister. Wealthy and titled Joseph Colville leaves home and takes to the sea in order to escape the pain of losing his family. As ship's surgeon, he's in charge of the passengers' welfare aboard the Tynemouth, including sixty brides-to-be. He has no immediate intention of settling down, but when Mercy becomes his assistant, the two must fight against a forbidden love. With hundreds of single men congregating on the shore eager to claim a bride from the Tynemouth, will Mercy and Joseph lose their chance at true love, or will they be able to overcome the obstacles that threaten to keep them apart?
FictionRomanceChristian FictionHistorical Fiction

Jody Hedlund is the author of more than twenty novels, including Love Unexpected, Captured by Love, Unending Devotion, The Preacher's Bride, and A Noble Groom, winner of the 2014 Carol Award for historical romance. She lives in Michigan with her h...

More about Jody Hedlund
A Reluctant Bride
Copy and paste the code into your website.
New here? Learn how to read digital books for free