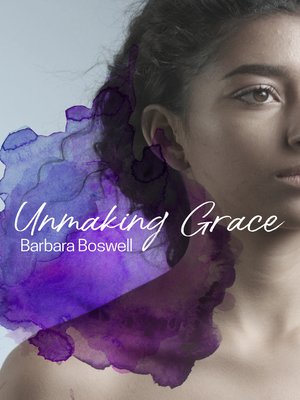 Family secrets run deep for Grace, a young girl growing up in Cape Town during the 1980s. Her family secrets spill over into adulthood, and threaten to ruin the respectable life she has built for herself.

When an old childhood friend emerges after disappearing a decade earlier during a clash with apartheid riot police in the Cape Flats, where South Africa's coloured community makes its home, Grace's memories of her childhood come rushing back, and she is confronted, once again, with the loss that has shaped her. She has to face up to the truth or continue to live a lie—but the choice is not straightforward. Unmaking Grace is an intimate portrayal of violence, both personal and political, and its legacy on one person's life. It meditates on the long shadow cast by personal trauma, showing the inter-generational imprint of violence and loss on people's lives.

Born in Cape Town, South Africa, Barbara Boswell is an educator and literary activist. She is an alumna of the Women's Studies Program at the University of Maryland, College Park, where she lived for several years, and has taught at universities i...

More about Barbara Boswell
Unmaking Grace
Copy and paste the code into your website.
New here? Learn how to read digital books for free