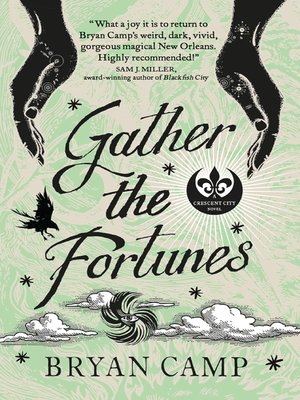 The exciting sequel to the stunning debut, The City of Lost Fortunes by Bryan Camp.

Renaissance Raines has found her place among the psychopomps – the guides who lead the souls of the recently departed through the Seven Gates of the Underworld – and done her best to avoid the notice of gods and mortals alike. But when a young boy named Ramses St. Cyr manages to escape his foretold death, Renaissance finds herself at the center of a deity-thick plot unfolding in New Orleans. Someone helped Ramses slip free of his destined end – someone willing to risk everything to steal a little slice of power for themselves.

Is it one of the storm gods that's descended on the city? The death god who's locked the Gates of the Underworld? Or the manipulative sorcerer who also cheated Death? When she finds the schemer, there's gonna be all kinds of hell to pay, because there are scarier things than death in the Crescent City. Renaissance Raines is one of them.