Continental Philosophy and the Palestinian Question

ebook ∣ Beyond the Jew and the Greek · Suspensions: Contemporary Middle Eastern and Islamicate Thought 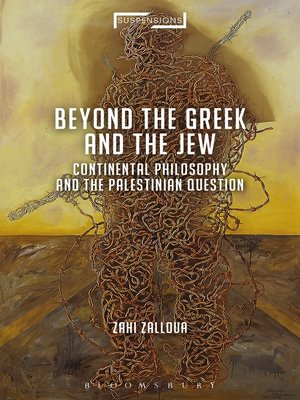 View more libraries...
From Sartre to Levinas, continental philosophers have looked to the example of the Jew as the paradigmatic object of and model for ethical inquiry. Levinas, for example, powerfully dedicates his 1974 book Otherwise than Being to the victims of the Holocaust, and turns attention to the state of philosophy after Auschwitz. Such an ethics radically challenges prior notions of autonomy and comprehension-two key ideas for traditional ethical theory and, more generally, the Greek tradition. It seeks to respect the opacity of the other and avoid the dangers of hermeneutic violence. But how does such an ethics of the other translate into real, everyday life? What is at stake in thinking the other as Jew? Is the alterity of the Jew simply a counter to Greek universalism? Is a rhetoric of exceptionalism, with its unavoidable ontological residue, at odds with shifting political realities? Within this paradigm, what then becomes of the Arab or Muslim, the other of the Jew, the other of the other, so to speak?
This line of ethical thought-in its desire to bear witness to past suffering and come to terms with subjectivity after Auschwitz-arguably brackets from analysis present operations of power. Would, then, a more sensitive historical approach expose the Palestinian as the other of the Israeli? Here, Zahi Zalloua offers a challenging intervention into how we configure the contemporary.