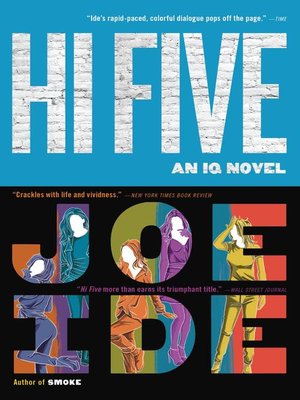 One woman. Five personalities. Private investigator IQ is back to piece together a Newport Beach murder with an eyewitness who gives "people person" a whole new meaning.

Cristiana is the daughter of the biggest arms dealer on the West Coast, Angus Byrne. She's also the sole witness and number one suspect in the murder of her boyfriend, found dead in her Newport Beach boutique. Isaiah Quintabe is coerced into taking the case to prove her innocence. If he can't, Angus will harm the brilliant PI's new girlfriend, ending her career.

The catch: Christiana has multiple personalities. Among them, a naïve, beautiful shopkeeper, an obnoxious drummer in a rock band, and a wanton seductress.

Isaiah's dilemma: no one personality saw the entire incident. To find out what really happened the night of the murder, Isaiah must piece together clues from each of the personalities . . . before the cops close in on him.