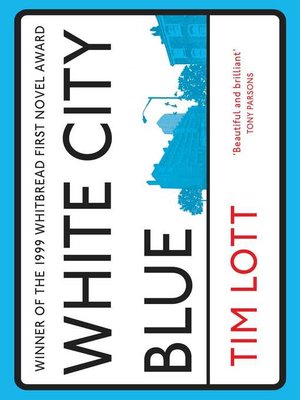 Estate agent Frankie Blue is known on his home turf – White City, Shepherd's Bush – as 'Frank the Fib'. He's a liar – but one who always tries to tell the truth. Frankie has been friends with Diamond Tony, a hairdresser, Colin, a computer nerd, and Nodge, a cabbie, since schooldays.

Now they are thirty and trying to live the same life as they did then – drinking, girls, banter, football. Then comes Frankie's Great Betrayal – Veronica, and marriage, his ticket to a bigger, better grown-up world. From the moment he tells his mates, the whole patchwork of their friendships begins to collapse – revealing the sad, shocking but often hilarious truths that lie underneath.
'Caustically funny and sometimes very affecting ... with sardonic wit and a kind of tough tenderness, Lott portrays people growing up, growing apart or growing together' Sunday Times

'Mordantly funny ... Observations are vivid, the dialogue crisp and, crucially, the characters are sympathetic' Tatler