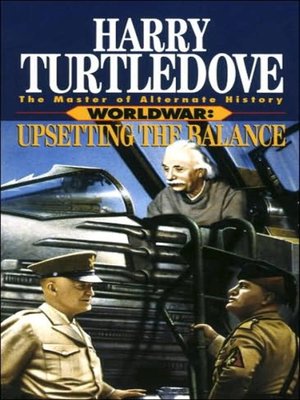 FictionLiteratureScience FictionHistorical Fiction
Communist China, Japan, Nazi Germany, the United States: they began World War II as mortal enemies. But suddenly their only hope for survival-never mind victory-was to unite to stop a mighty foe: one whose frightening technology appeared invincible. Far worse beings than the Nazis were loose. From Warsaw to Moscow to China's enemy-occupied Forbidden City, the nations of the world had been forced into an uneasy alliance since humanity began its struggle against overwhelming odds. In Britain and Germany, where the banshee wail of hostile jets screamed across the land, caches of once-forbidden weapons were unearthed, and unthinkable tactics were employed against the enemy. Brilliantly innovative military strategists confronted challenges unprecedented in the history of warfare. Even as lack of fuel forced people back to horse and carriage, physicists worked feverishly to create the first atomic bombs-with horrifying results. City after city joined the radioactive pyre as the planet erupted in fiery ruins. Yet the crisis continued-on land, sea, and in the air-as humanity writhed in global combat. The tactics of daredevil guerrillas everywhere became increasingly ingenious against a superior foe whose desperate retaliation would grow ever more fearsome. No one had ever put the United States, or the world, in such deadly danger. But if the carnage and annihilation ever stopped, would there be any pieces to pick up?
FictionLiteratureScience FictionHistorical Fiction

More about Harry Turtledove
Worldwar--Upsetting the Balance
Copy and paste the code into your website.
New here? Learn how to read digital books for free