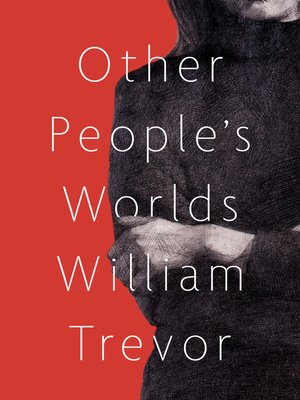 FictionLiterature
An Englishwoman is taken in by a duplicitous suitor in this "constantly surprising work" from the Whitbread Award–winning author of Love and Summer (John Updike, The New Yorker).
Forty-seven-year-old widow Julia Ferndale can't believe her good luck—she's about to remarry. What's more, her fiancé, Francis Tyte, is a charming actor and magazine model fourteen years her junior. Her daughters are thrilled. Her mother is suspicious. But unfortunately for Julia, she keeps those suspicions to herself.

After the wedding, Francis reveals a past that includes an abandoned wife, a mistress and child, and the many others he's used and left behind to deal with his wreckage. Finding herself suddenly added to their number, Julia is shocked out of her dream and onto a sobering journey that leads into the savage realities of the world.
"Pungent with the sense of evil and corruption." —John Updike, The New Yorker

"All the gifts that were obvious in Mr. Trevor's earlier books are even more apparent here. . . . A book filled with narrative surprise and shrewd social observation, and has, in addition, an edge of genuine moral interest." —The New York Times

"Trevor is a master of both language and storytelling." —Hilary Mantel on Felicia's Journey

William Trevor KBE was an Irish novelist, playwright, and short story writer. One of the elder statesmen of the Irish literary world, he is widely regarded as one of the greatest contemporary writers of short stories in the English language.

More about William Trevor
Other People's Worlds
Copy and paste the code into your website.
New here? Learn how to read digital books for free