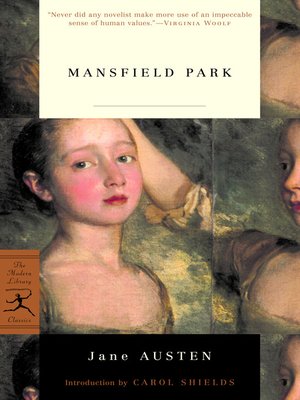 View more libraries...
Begun in 1811 at the height of Jane Austen's writing powers and published in 1814, Mansfield Park marks a conscious break from the tone of her first three novels, Northanger Abbey, Sense and Sensibility, and Pride and Prejudice, the last of which Austen came to see as 'rather too light.' Fanny Price is unlike any of Austen's previous heroines, a girl from a poor family brought up in a splendid country house and possessed of a vast reserve of moral fortitude and imperturbability. She is very different from Elizabeth Bennet, but is the product of the same inspired imagination.
Mansfield Park shows Austen as a mature novelist with an almost unparalleled ability to render character and an acute awareness of her world and how it was changing. Through the stories of Fanny Price, the Bertrams, and the Crawfords, she tackles the themes of faith and constancy and the threat that metropolitan manners could pose to a rural way of life. Mansfield Park is as amusing as any of Austen's novels, but, according to the critic Tony Tanner, it is also arguable that it is 'her most profound novel (indeed... it is one of the most profound novels of the nineteenth century).'