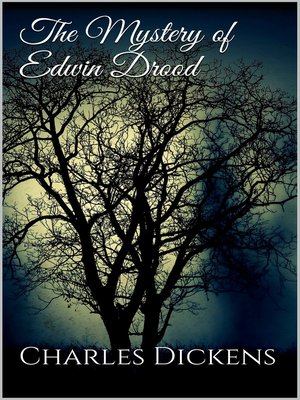 The Mystery of Edwin Drood

Classic LiteratureFiction
An ancient English Cathedral Tower? How can the ancient English Cathedral tower be here! The well known massive gray square tower of its old Cathedral? How can that be here! There is no spike of rusty iron in the air, between the eye and it, from any point of the real prospect. What is the spike that intervenes, and who has set it up? Maybe it is set up by the Sultan's orders for the impaling of a horde of Turkish robbers, one by one. It is so, for cymbals clash, and the Sultan goes by to his palace in long procession. Ten thousand scimitars flash in the sunlight, and thrice ten thousand dancing girls strew flowers. Then, follow white elephants caparisoned in countless gorgeous colours, and infinite in number and attendants. Still the Cathedral Tower rises in the background, where it cannot be, and still no writhing figure is on the grim spike. Stay! Is the spike so low a thing as the rusty spike on the top of a post of an old bedstead that has tumbled all awry? Some vague period of drowsy laughter must be devoted to the consideration of this possibility.
Classic LiteratureFiction

The Mystery of Edwin Drood
Copy and paste the code into your website.
New here? Learn how to read digital books for free