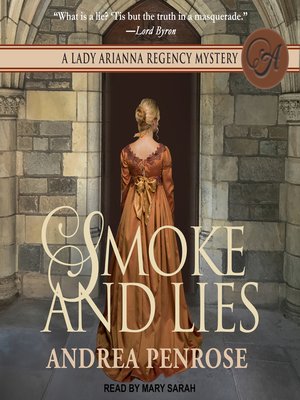 FictionLiteratureMysteryHistorical Fiction
Now that peace reigns in Europe and Napoleon has been exiled to the island of Elba, Lady Arianna and her husband, the Earl of Saybrook, are determined to put government sleuthing aside. But the head of British security has other ideas . . . Rumors are rife that Napoleon may be plotting to take back the French throne and plunge the Continent into another war. So when Saybrook learns that his Spanish cousin has gone missing on the island under mysterious circumstances, he and Arianna feel they have no choice but to undertake a secret mission to Elba for the government and unravel the serpentine tangle of truth and lies. Friend or Foe? From the start, they find themselves up against treachery and deceptions. And for Arianna, things become even more difficult when she encounters ghosts from her past, forcing her to make fundamental choices about love, loyalty, family, and friendship. Once on Elba, she and Saybrook-along with some unexpected allies-must match wits with a deadly enemy and the great Napoleon himself. And with the clock ticking, all the last-minute machinations come down to a question of Luck . . .
FictionLiteratureMysteryHistorical Fiction

Andrea Penrose is a pseudonym for an author who has also written as Cara Elliott and Andrea Pickens. Her historical mysteries and romantic novels are set in Regency England. A graduate of Yale, she has won numerous writing awards, including two Da...

More about Andrea Penrose
Smoke and Lies
Copy and paste the code into your website.
New here? Learn how to read digital books for free