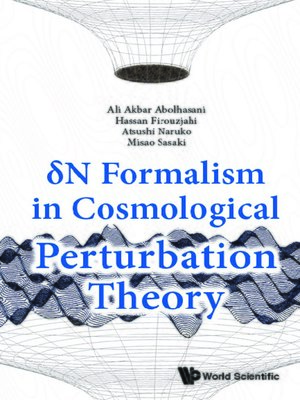 Early Universe cosmology is an active area of research and cosmic inflation is a pillar of modern cosmology. Among predictions of inflation, observationally the most important one is the generation of cosmological perturbations from quantum vacuum fluctuations that source all inhomogeneous structures in the Universe, not to mention the large-scale structures such as clusters of galaxies.

The delta N formalism, the topic of this book, is an alternative approach. The novelty of this approach is that, under the condition that the scale of interest is very large so that the spatial derivatives may be ignored in the dynamics, it can be applied to all orders in perturbation theory and has a rigorous foundation in general relativity. Thanks to the fact that one can evaluate perturbations with only the knowledge of background solutions, it is proved to be much easier than the conventional approach in evaluating higher order effects in many cases.