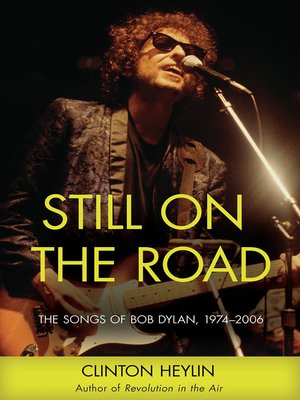 Still on the Road

The second of two volumes, this companion to every song that Bob Dylan has yet written is the most comprehensive examination of Dylan's oeuvre. Arranged in a chronology of when they were written rather than when they appeared on albums, the songs are accompanied by surprising facts and information. Using newly discovered manuscripts, anecdotal evidence, and a seemingly limitless knowledge of every Bob Dylan live performance, the research uncovers answers to such questions as What were Dylan's contributions to the Traveling Wilburys? Who were the women that inspired the songs on Blood on the Tracks and Desire? What material was appropriated for Love and Theft and Modern Times? Why was “Blind Willie McTell" left off of Infidels? and What broke his long dry spell in the 1990s? This is an essential purchase for every true Bob Dylan fan, and is sure to inspire another listen to all of his songs.

Clinton Heylin is the author of several books, including Bob Dylan: Behind the Shades, Bob Dylan: The Recording Sessions, Can You Feel the Silence: Van Morrison, and Revolution in the Air: The Songs of Bob Dylan, 1957–1973.

More about Clinton Heylin
Still on the Road
Copy and paste the code into your website.
New here? Learn how to read digital books for free