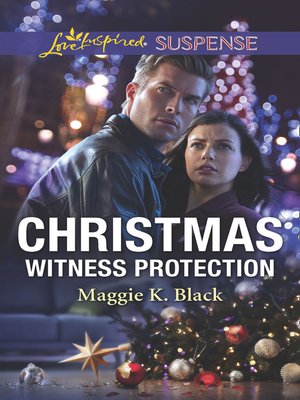 FictionSuspenseThriller
A witness targeted...and on the runThe first Protected Identities novel When key witness Corporal Holly Asher is abducted, Detective Noah Wilder risks everything to rescue her. Now they're undercover as an engaged couple, hiding from a sinister hacker group—who plan on exposing every witness in protection on Christmas Eve. But can Noah and Holly stop a deadly conspiracy...without tipping off those who want to kill her?
FictionSuspenseThriller

Maggie K. Black is an award-winning journalist and self-defense instructor. She's lived in the United States, Europe and Middle East, and left a piece of her heart in each. She now makes her home in Canada where she writes stories that make her he...

More about Maggie K. Black
Christmas Witness Protection
Copy and paste the code into your website.
New here? Learn how to read digital books for free