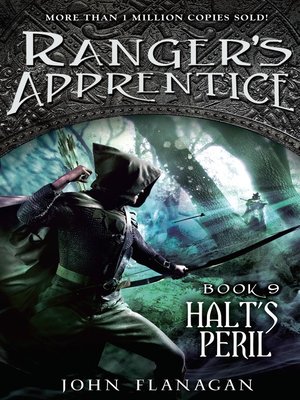 FantasyJuvenile Fiction
The international bestselling series with over 5 million copies sold in the U.S. alone!
The renegade outlaw group known as the Outsiders has journeyed from kingdom to kingdom, conning the innocent out of their few valuables. Will and Halt, his mentor, are ambushed by the cult's deadly assassins when Halt is pierced by a poisoned arrow. Now Will must travel day and night in search of the one person with the power to cure Halt: Malkallam the Sorcerer.
Perfect for fans of J.R.R. Tolkien's Lord of the Rings, T.H. White's The Sword in the Stone, Christopher Paolini's Eragon series, and George R. R. Martin's Game of Thrones/A Song of Ice and Fire series.
From the Trade Paperback edition.
FantasyJuvenile Fiction

John Flanagan grew up in Sydney, Australia, hoping to be a writer. John began writing Ranger's Apprentice for his son, Michael, ten years ago, and is still hard at work on the series and its spinoff, Brotherband Chronicles. He currently lives in t...

More about John Flanagan
Halt's Peril
Copy and paste the code into your website.
New here? Learn how to read digital books for free