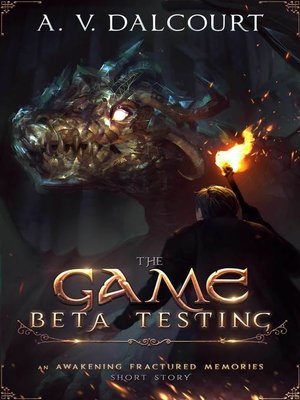 All Beta releases have bugs – but in this program, they'll try to kill you.
Academy All-Star Seth Wright was already less-than-enthusiastic about his role in the annual school play, broadcast nationwide in thrilling Virtual Reality – and that was before he discovered there was a glitch in the program hungry for his blood.

Now, Seth and the rest of the cast are trapped in a hyper-realistic swords-and-sorcery adventure – one that's so realistic, the digital dogs, dragons, and dark wizards can kill you for real; faster than you can say "Game Over."

With time running out, and the murderous glitch sending ever-more deadly enemies his way, Seth must reluctantly step into the role of hero and leader – and learn an important lesson if he's to have any hope of saving his friends.

The Game: Beta Testing is a fast-paced dark fantasy adventure set in the Fractured Memories series by A.V. Dalcourt – filled with tension, emotion, and epic symbolism.