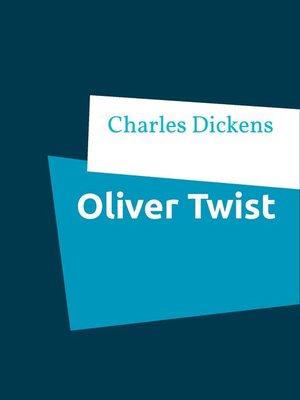 Or the parish boy's progress

Charles Dickens (1812 - 1870) was an English writer and social critic. He created some of the world's best-known fictional characters and is regarded by many as the greatest novelist of the Victorian era. His works enjoyed unprecedented popularity...

More about Charles Dickens
Oliver Twist
Copy and paste the code into your website.
New here? Learn how to read digital books for free