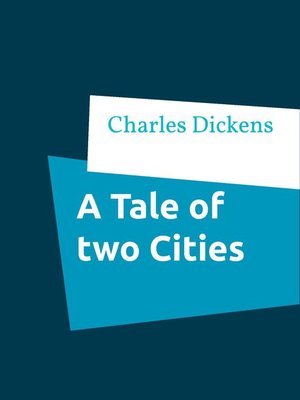 A Tale of two Cities

A Story of the French Revolution

FictionHistorical Fiction
A Tale of Two Cities (1859) is a historical novel by Charles Dickens, set in London and Paris before and during the French Revolution. The novel tells the story of the French Doctor Manette, his 18-year-long imprisonment in the Bastille in Paris and his release to live in London with his daughter Lucie, whom he had never met. The story is set against the conditions that led up to the French Revolution and the Reign of Terror. (from wikipedia.org)
FictionHistorical Fiction

Charles Dickens (1812 - 1870) was an English writer and social critic. He created some of the world's best-known fictional characters and is regarded by many as the greatest novelist of the Victorian era. His works enjoyed unprecedented popularity...

More about Charles Dickens
A Tale of two Cities
Copy and paste the code into your website.
New here? Learn how to read digital books for free