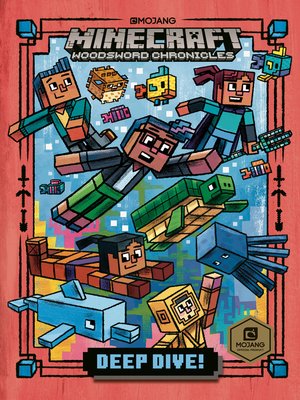 Juvenile FictionJuvenile Literature
The first official chapter book series based on Minecraft!
The adventures continue in the third official Minecraft chapter book based on one of the most popular video games of all time. As Ash, Morgan, and three of their fellow Minecraft players, who can actually enter the game, take a deep dive into the Aquatic biome, they find a world filled with beauty and wonder. A treasure map promises adventure and the opportunity to explore—but it could also be a trap set by the mysterious Evoker King. With air running low, will they survive to find out?
Juvenile FictionJuvenile Literature

Nick Eliopulos is a writer who lives in Brooklyn (as many writers do). He likes to spend half his free time reading and the other half gaming. He cowrote the Adventurers Guild series with his best friend and works as a narrative designer for a sma...

More about Nick Eliopulos
Deep Dive!
Copy and paste the code into your website.
New here? Learn how to read digital books for free